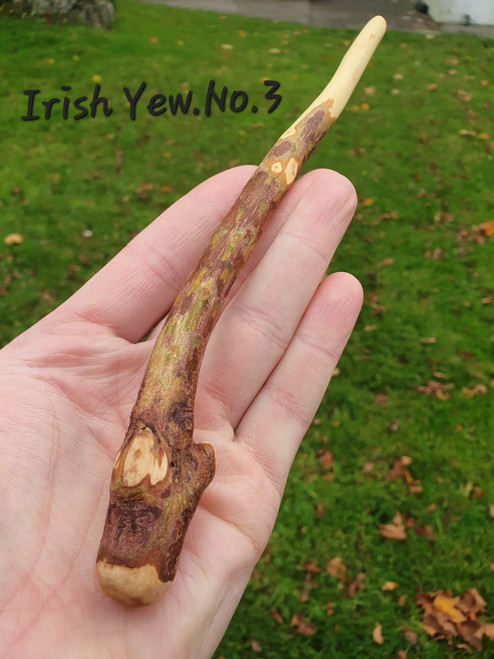 Handcrafted Ancient Irish Yew Wand. The yew tree is one of the seven sacred Irish trees and is a sacred tree to Druids.  This wood is known for its magical powers and its bloodline back to ancient Celtic and pagan times in Ireland.  Wands that are made from the Yew wood symbolize the following properties: immortality, renewal, regeneration, rebirth, everlasting life, transformation, protection against evil, connecting with ancestors, shamanism, dreaming.

The Yew tree has a capacity for reaching a great age and the early Irish regarded it as one of the most ancient beings on earth. Staves of yew were also used for carving Ogam letters for magical use, according to the evidence of early literature.

The wand shown is the actual wand you will receive. Handcrafted in the Irish Midlands from a natural fallen branch.