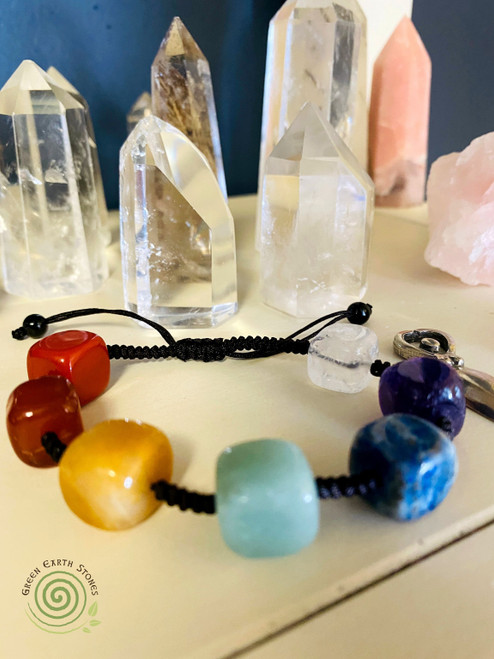 "Chakra" is a Sanskrit word that means "wheel". Chakras are energy centers and most Eastern traditions refer to seven major chakras that you find positioned along the midline of the body from the base of the spine to the crown of the head. Each chakra correlates to a part of the body; an organ or a gland. Each of the seven major chakras has an associated crystal that relates to that chakra's color.