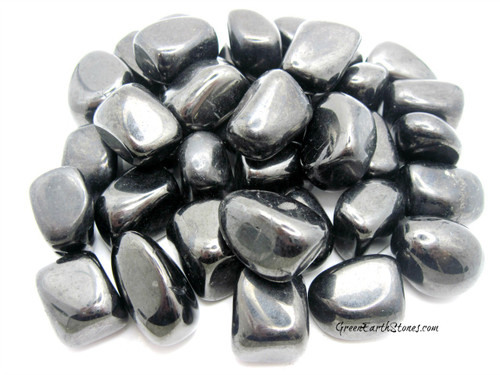 Jet is an amazing stone which carries such history it is worthy of anyones collection.  Jet is the fossilized remains of trees which actually looks like coal which can be millions of years old, the finest being found in England.   It is a black, glass-like stone and is associated with the element of earth and the base chakra.  Jet absorbs negative energies, especially negativity.  It is a powerful stone to strengthen psychic abilities and when combined with red jasper guards against psychic attack. A stone believed to balance the yin yang energy while promoting calmness.

History / Lore: Fishermans wives in old Britain valued Jet highly as a magical protectant, burning it as incense in their home fires to gaurd their absent husbands.  Modern day gardeners wear Jet to make their plants flourish, Jet was also found in prehistoric grave sites after being placed there to guard the bones and to bring good fortunes to the deceased.   It was also believed wearing Jet continuosly on the body would absorb the wearers soul making it very powerful.

Approx size: large 1"   price is for one stone, grouping shown to example natural variations that occur.